The Screenberry™ software is a powerful and intuitive tool for administering real-time multi-screen playback at extremely high resolutions. It is a perfect solution for 3D mapping, dome projection, stage screens, and multimedia installations.

The recommended and most common system setup is

It is also possible to have

A license dongle is required to run the Screenberry Server and has to be plugged into any available USB port of the Media Server computer. 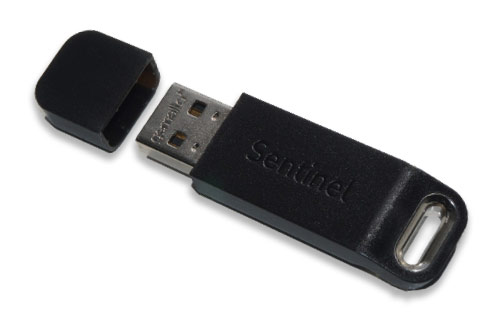 Important:
Screenberry Server can be used without a license dongle. However, it will operate in Demo mode. In Demo mode, a related message will appear in the server output window occasionally.

The Operator Workstation computer should be connected to the Media Server computer via Ethernet. A Wi-Fi network connection is possible but not recommended.

Screenberry supports output to projectors, LCD, LED, PDP displays or any other output device supported by a graphics card. Video output devices can be connected to the graphics cards directly or via video wall controllers (graphics expansion devices). The number of output devices depends on the hardware capability and configuration.

The Media Server supports multi-channel audio configurations with up to 64 channels via MADI and Dante® interfaces with the choice of Mono, Stereo, 5.1, or 7.1 outputs using ASIO, WASAPI, WINMM protocols.

Note:
The optimal hardware specifications should be determined by the requirements of the current system setup, which includes the number of output and input devices, the output resolution, etc. The greater these requirements are, the higher the demand on the hardware needed to sustain optimal performance.

For a multi-display setup, some graphics cards allow the video output to be broadcast to an array of several displays. This feature is not supported by all graphics cards and has different names depending on the manufacturer. Please refer to your manufacturer’s documentation or website for more details.

Use the following graphics card settings for optimal performance:

Windows automatically downloads and installs updates in the background. Though keeping your system up to date is recommended, automatic updates may interfere with Screenberry’s performance, resulting in an increased load on your system that could lead to playback problems. Automatic updates can easily be disabled in Windows Settings. For Windows 10:

Note:
Once automatic updates have been disabled, Windows will no longer download and install updates. For security reasons it is recommended that you periodically re-enable updates and install any available system updates manually.

To connect to the Media Server:

1. Launch the Screenberry Server application on the Media Server computer.

2. Launch the Screenberry Control Panel on the Operator Workstation.

3. In the Available servers window, select the Media Server and press OK. 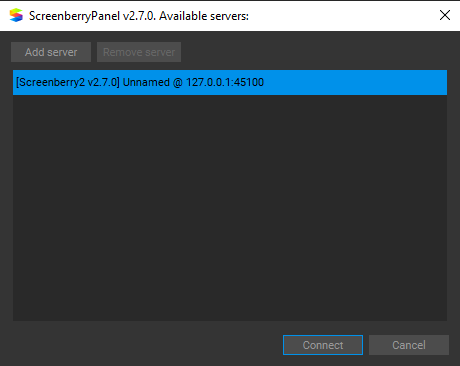 When running the Screenberry Server for the first time, the Windows Security Alert dialog window will appear with a notification that some features of the app might be blocked by Windows Firewall. Check both the Private Networks and Public Networks checkboxes to allow Screenberry Server to communicate on these networks. 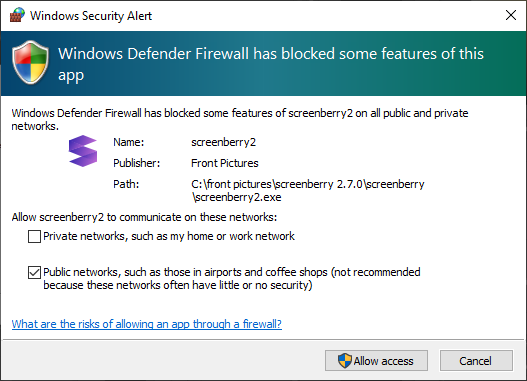 When running the Screenberry Control Panel for the first time, the following messages will appear:

Press OK to create a new one.